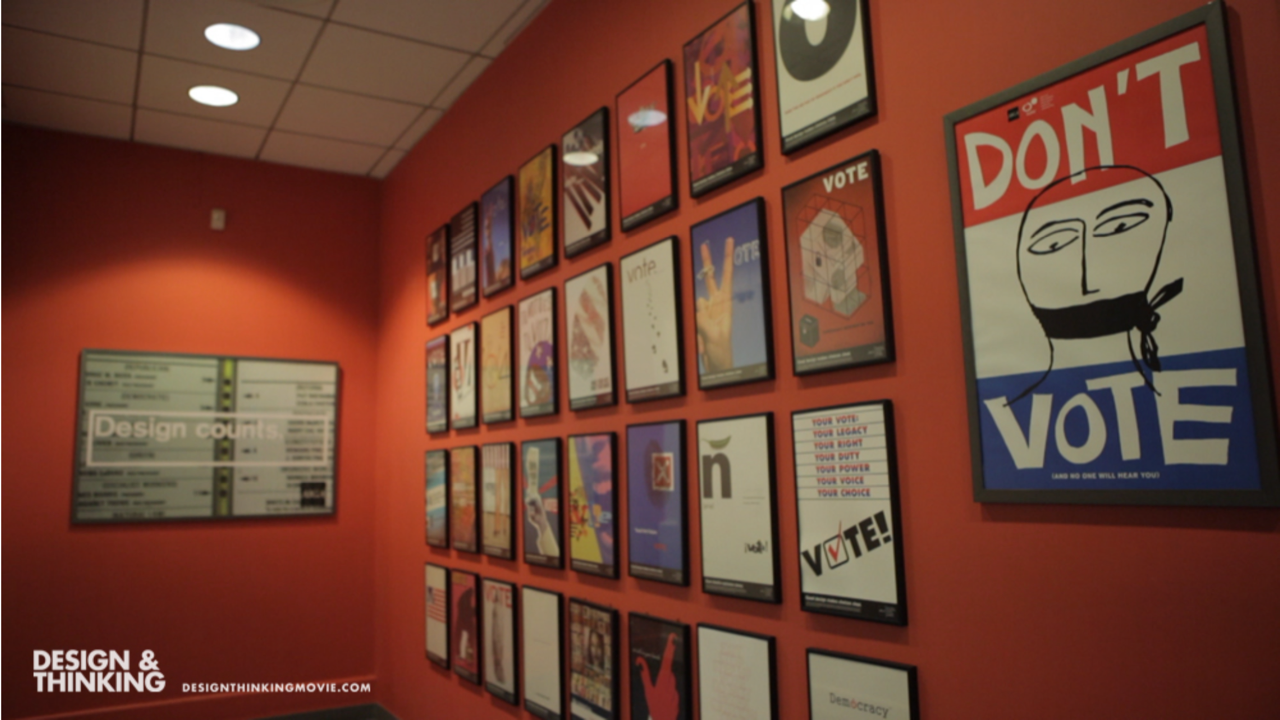 We will pair an abridged screening of “Design & Thinking” with Jen’s now famous public lecture, “Design Thinking is Bullshit”.

This will be an evening “not to be missed”.

“Design & Thinking” is a documentary exploring the idea of “design thinking.” Featuring interviews from the “who’s who” of DT, this film has been screened at more than 400 events across 40 countries, including Google, Microsoft, Target, Harvard University, Northwestern University, Berkeley University, and many more. Describing itself as “a call to the conventional minds to change and collaborate”, it aims to answer: “What is design thinking?” and “How is it applied in business models?”

Natasha Jen is a designer at Pentagram New York. She has earned numerous awards and appeared in Print Magazine, Creative Review, Metropolis, Dwell, Flaunt, Design Bureau, China Art and Design, Soda Magazine and Rosebud. She was one of the winners of Art Directors Club Young Guns 4 and served as a judge for the competition in 2007 and 2011. She has been a guest critic at the Yale University School of Art.

AnneMarie Dorland is an Assistant Professor in the Bissett School of Business at MRU. She was named Joseph Armand Bombardier Scholar by SSHRC and a member of the University of Calgary’s Teaching Academy. She is a creative practice researcher and contributor to several international publications on the use of design based problem solving.

Kerry Harmer in a Maker Studio Specialist at Mount Royal University. She is an accomplished lead designer, maker, and entrepreneur with 15 years of experience producing designs for clients, as well as experimental and critical work. Kerry teaches Product Development and Design Thinking Workshops and courses.

Milena Radzikowska has co-authored more than 75 publications and presentations on data visualization, aesthetics, and interaction design, including the following books: Visual Interface Design for Digital Cultural Heritage (2011); Design + DH (2020); and Prototyping Across the Disciplines (2020). In 2018, Milena won the prestigious Design Educator of the Year Award from the RGD. She is a Professor of Information Design at MRU.